You know when you were growing up ... And you saw someone who was different ... Your mum always told you to be polite and not stare ... But you had 10 thousand questions because your sooo curious about the world that you want to know .. why .. what .. how?!  I was one of those kids ... I didn't look at people differently because they had their disabilities or differences but I wanted to know their inner most workings and mostly if they were ok ... I wanted to help them!!

Now my greatest fear as an adult ... is Boogies peers and others staring at him as if he IS different ... Walking in and out of school most days .. you get the looks ... the stares ... and the casual side glances from the other mummies and older kids ... as to why he is walking funny .. why can't he run ... why is he always falling over???  Don't get me wrong...  if Boogie was sitting in a chair with the rest of his classmates you CAN NOT tell he has a disability ... he is not really considered mentally challenged .. only being 3 months globally delayed .. he is quite a witty, fast thinking, joke making little person.  I know this will get him through his teenage years and I pray, that he doesn't lose his sense of humour ... But it worries me .. And most days .. walking in and out of school .. feels like we are doing the walk of shame ... avoiding the inquisitive eye contact ...  waiting for someone to jump on you with 10 thousand questions ... just like I once had .. not knowing if they are judging you .. or him ... or whether they are pitying you ... Sometimes I think the latter is worse... But sometimes I just pluck up the courage to have the same smile on my face that Boogie ALWAYS has... don't get me wrong .. my protective side makes it sooo hard to just SMILE back at them sometimes .. But it is well worth it!!!

At home and with his close friends he is treated just like the rest of us ... he gets told off ... he does his little chores and is encouraged to try everything ... even if he fails ... he will keep trying to succeed because he is a little fighter .. But school is a WHOLE DIFFERENT STORY... at school ... he has a teachers aide ... who helps him with things - not that I don't at home ... but at home we have the time and patience to let him spend half an hour doing up his own pants after going to the toilet ... Small victories that he doesn't usually get the chance to succeed with at school ... Which means at school he has the label of BEING DIFFERENT.

I guess you don't really think about little stuff like that when your living it ... The whys ... the what ifs ... and certainly the how comes?!  Don't get me wrong .. I don't mind answering the questions, in fact ... I would rather them be educated in our life than be judged by them!!! But my biggest fear ... is that because he is DIFFERENT ... he is going to be treated as such throughout his life!!  Some days it gets to me sooo much that it requires chocolate ... and others I can just shrug it off ... I am like that proverbial duck that above the water, looks as graceful as a swan ... but under the water is paddling like hell to stay afloat!!

I guess I worry no more than every single other mother about whether their child will fit in ... and whether they are going to be a prime target for bullies ... But we have the added pressure of whether he will be able to cope along with everything else the pressure of having a disability .. And it scares the living crap out of me!!! Don't get me wrong .. I don't want to keep him in cotton wool his whole life, I do to a certain degree with germs ... trying not to expose him to stuff that can kill him ... Just like a mother whose child has anaphylaxis ... but to the flu and red food colouring lol ....  I only hope that I can build him up to be resilient and have an amazing sense of humour ... I don't want anyone taking the shine off his smile ... EVER!!!

But it makes you think ... When you see somebody in the street ... Who IS DIFFERENT ... How do you react?? I guess I have never really thought about it before ... What my prying eyes actually mean to the person on the receiving end of them .. And it guilts me to think that my childhood curiosity and my general inquisitiveness, even now as an adult would make someone feel uncomfortable ... It makes you think .. How are we supposed to react?! And I guess the answer is, with a friendly smile or a Hi!! People don't mind you asking ... But a stare and a bombardment of questions would just be a bit overwhelming .. Make sure they know your genuine and heartfelt ... Because NOBODY wants to be treated like a freak show ... EVER .. Just for being different .. Wouldn't you agree??? 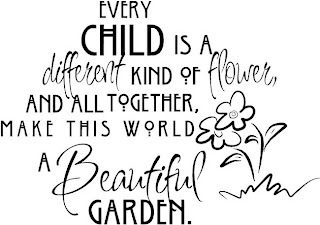